The Differences Between Perfume vs Cologne


As you walk into a cosmetic or a perfume shop, you automatically find yourself in a sea of various fragrances. These include Eau de perfume, cologne, perfume, eau de toilette, and more. On looking at each of these bottles on the racks, you might not be able to tell most of them apart, but for a perfumer, each of these holds great diversity. However, we often mistake between the perfume and cologne.

There are many points to discuss which one is better and if there is perfume vs cologne at all or not. 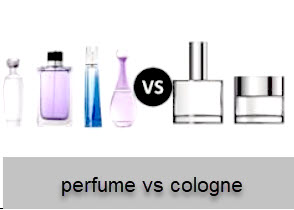 While buying expensive perfume, it is better to go for reliable brands in the market. The same can be said for the cologne, too, since the cheap ones might even cause harm to the skin. Putting an end to the thought behind the perfume vs cologne, appreciate these enervating essences.

Perfumery is undoubtedly the area of ​​luxury most open to all. Know, for example, that today sells 152,000 bottles of perfume per day in many different individual countries of the world, almost two bottles every second. A veritable assembly of chemistry and creativity, this sector of activity has fascinated since the dawn of time. It is also estimated that the global perfume market will reach $ 15.6 billion in 2019. Developing and emerging countries are increasingly turning to perfume, which is a major contributor to market growth. But where does this fascination for smells come from? Focus on the history of perfume. 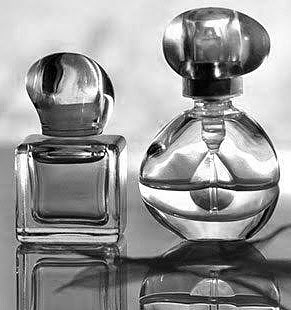 Antiquity
The first traces of the use of perfumery date back to antiquity. Nevertheless, the latter was rather reserved for the worship of the gods. Similarly raw materials were used raw, directly in the form of flowers, herbs or resins. The rites consisted in burning aromatic essences in honor of the deities. Egyptians and Greeks believed that perfume served to exalt their beauty and power. Moreover, the very word "perfume" comes from the Latin "per fumum" which literally means "by smoke". However, it is to Queen Cleopatra that we owe the initiation of perfumery as an element associated with feminine beauty. Indeed, the latter particularly liked to plunge into scented baths.

Middle Ages
The first part of the Middle Ages is marked by a sharp decline in perfumery. Indeed, the barbarian invasions led to the fall of the Roman Empire and limited the use of aromatic plants. However, the reopening of the Roman trade routes from the twelfth century allowed to rediscover many fragrances. What is more, it was at this time the Chinese, the Arabs and the European alchemists discovered the ethyl alcohol and the distillation system. Finally, Marco Polo's travels and the development of the spice trade paved the way for new flavors.

Renaissance
The renaissance is a time very marked by perfumery. Indeed, the nobles had more and more recourse to perfumes to mask the body odors. Indeed, the toilet was not then daily and it was necessary to cover with strong and heady perfumes to mask the bad smells. Amber, musk, jasmine or tuberose were mainly used. Similarly, many explorations such as Christopher Columbus, Magellan or Vasco de Gama allowed to bring back new raw materials such as cocoa, vanilla, tobacco, pepper or cardamom. Finally, it was also at this time that perfumers began to settle in Paris and that the French nobility accedoirisaisa scented gloves,

Classic period
Louis XIV was nicknamed "the most flourishing king in the world". Indeed, the use of perfumes was ubiquitous within the court of Versailles. Moreover, it is said that the Sun King even perfumed the fountains of the gardens of the castle. The strong demand for species of the monarchy then led France to develop its own production. Given the favorable climate of the south of France, the plantations of raw materials were installed in the region of Grasse. Since that day, this place is considered to be the capital of perfumery. It cultivates fragrant raw materials and makes the most beautiful perfumes. Louis XV, meanwhile, continued to glorify the image of perfumery and even ordered the wearing of a different fragrance every day in the courtyard.

The nineteenth century
The nineteenth century marked a further decline in perfumery. Indeed, the latter was associated with the court and was therefore particularly frowned upon during the revolution. It was not until the Consulate to see her return to the front of the stage thanks to the Empress Josephine and Napoleon, lovers of exotic scents and Eau de Cologne. Gradually, perfumery began to industrialize and was increasingly perceived as an art in its own right. Likewise, it was at this moment that the first synthetic molecules appeared. The vaporizer, meanwhile, was invented in 1870 by the writer Brillat Savarin. Other large companies such as Guerlain and Pivier also took advantage of this expansion to develop mass production of flasks.

1900 - 1950
The Belle Epoque placed the perfume as a real luxury product. Similarly, René Lalique signed the creation of flasks similar to real sculptures. Coco Chanel, meanwhile, revolutionized the image of women in the 20s and emancipa. The iconic Chanel N ° 5 made its appearance in 1921. Guerlain then responded by creating the mythical Shalimar. The war, however, dropped sales of perfumes before they found their mark of nobility at the Liberation. Christian Dior then launched his first essence in 1947, named Miss Dior while Nina Ricci followed with the creation of the Air du Temps in 1948.


1950 - 2000
The 1950s marked the beginning of the democratization of perfumes. These become a more accessible luxury. The hippie current makes patchouli its leader. In the same way, the fresh waters such as the legendary Habit Rouge of Guerlain or Eau Sauvage of Dior make their appearance. Men, for their part, are gradually abandoning the Eau de Cologne in favor of perfumes themselves. The 80s then show the return of the most heady perfumes. Virility is omnipresent and power is needed. It was not until the 90s to see a return to more sweetness and purity. The time is then to tenderness and nature. Similarly, it is at this moment that gourmet perfumes make their appearance, especially with the creation of Thierry Mugler's Angel in 1992.

2000 to the present day
Modern perfumery is marked by several simultaneous trends. Some look for more sensuality while others turn to authenticity and emotion instead. The retro chic spirit is more than ever appreciated. Perfumery is also less compartmentalized and men's perfumes allow more tenderness while women dare more impertinence. In the same way, the mixed fragrances multiply and the niche perfumes are more and more trend.
Although globalization helps spread the image of perfumery all over the planet, some civilizations still escape this phenomenon today. In Oceania, for example, They still rub the body and hair with plants. In the same way, floral offerings to deities are still practiced in Asia. Anyway, perfumery still seems to have a bright future, and the many technical advances already promise to subjugate our sense of smell in the years to come.